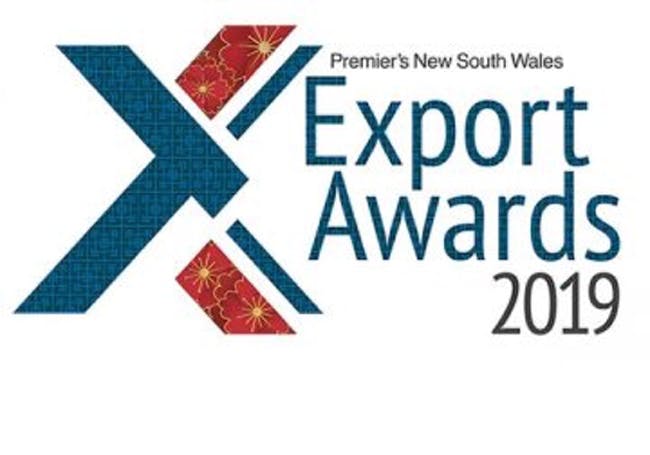 The diversity, strength and innovation of NSW businesses have been recognised at the announcement of the finalists for the 2019 Premier’s NSW Export Awards. More than 100 leading export businesses across 18 award categories were named as finalists at a ceremony held in Sydney last night.

This year’s finalists cover the gamut of the state’s best exporters, ranging from organic business to digital start-ups, and electron manufacturers to oil creators. Kylie Bell, Executive Director of Trade & Investment at NSW Treasury, said the finalists showcased the quality of the business talent across the state.

“NSW exported $89 billion worth of goods and services in the 2017-2018 financial year, and we applaud the commitment and tenacity of NSW exporters who have successfully met the challenges of doing business in the international marketplace,” she said.

“Their success has opened doors across the globe, not only for their own goods and services, but for NSW businesses as a whole.”

“I hope they can inspire thousands of other businesses out there to become exporters.” “Congratulations to all the finalists for the significant contribution they make to our economy.” Heath Baker, Acting CEO of the Export Council of Australia (ECA) said there was a record number of applicants this year, up almost 60% from last year, with new entrants representing almost 60% of all applicants.

“This shows how the awards are more relevant than ever. Being a finalist of an awards program with the NSW Premier’s endorsement is enormously valuable for businesses when working internationally," he said.

The winners will be announced at a prestigious Awards Gala dinner on 16 October at The Star in Pyrmont. This year’s Gala Dinner will have a Chinese theme in honour of the 40th anniversary of the sister state relationship between NSW and the province of Guangdong. For the 2019 Premier’s NSW Export Awards finalists. Learn more or here.