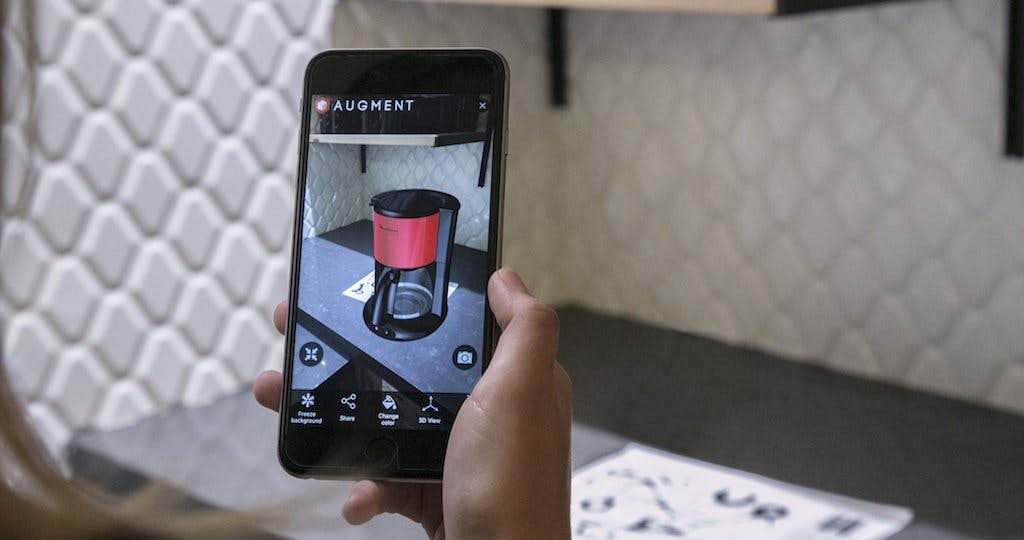 Minority Report has become a favorite reference point and there’s good reason. The 2002, Tom Cruise futuristic thriller accurately predicted much of the future, only what they believe would happen in 2067 has already begun.

Take the scene where Cruise steps into a mall and is inundated by personalized ads. Today Augmented Reality (AR) and Artificial Intelligence (AI) are already redefining the retail trade. Augmented Reality has been around a lot longer than AI, but hidden behind Virtual Reality (VR).

That changed on July 16 of last year when Nintendo released Pokemon Go. The popularity of the game, over 500 million downloads, pushed augmented reality and location based services into public consciousness. It also helped local businesses boost foot traffic! While the general public might have woken up to the power of augmented reality only now, the retail trade has been innovating with the technology in recent years, with positive results.

Chinese online grocery store, Yihaodian, created more than 1,000 virtual shops in public places. Shoppers use Yihaodian’s AR app to browse products and make purchases that are then delivered to their homes. Walgreens’ Aisle411 app allows shoppers to discover products and deals in-store as well as collect loyalty points by exploring the store’s aisles. Tommy Hilfiger recently debuted a VR headset at its New York store that lets you watch the runway show feature the clothes hanging on the racks.

IKEA is using AR to overlay 3D models of their products on the real-time feed of customer’s smart phone cameras, when they point their cameras where they want the furniture to be placed. Converse allows customers to point the camera at their feet and the company’s app will overlay a projection of the shoe on their feet. Uniqlo, a Japanese-based retail store, has been deploying augmented fitting rooms. These rooms consist of a mirror with an LCD screen that lets you choose the apparel you wish to try on and then overlays different colors of the clothing to help you make the best choice possible. Google’s Tango also does virtual overlays for shopping.

While these are early examples of Augmented Reality improving the shopping experience, the real deal is when augmented is supplemented with AI and technologies such as beacons – devices that communicate with shoppers’ smartphones, collecting information about their movement patterns or sending ads or coupons. With this stores are able to serve up localized and highly personalized deals that take in to account shopping behavior of the customer. Think an on-the-go Amazon-type recommender system while you walk down the aisle of your favorite supermarket. Not only that the beacons also collect information regarding shopper behavior which can be used to redesign the entire store and restock the shelves to optimize product off take. Brands can also display online reviews on products, integrate them with social media purchase buttons, and upsell related products. Retail is about to get real.

What we will see is an omnichannel CRM system with personalized marketing that tracks shoppers between real-world and digital shopping. Ultimately, there will be integration between AR, big data and machine learning. The final result will be an intelligent personal shopper that can provide consumers with information, recommend products, and even look for special bundle deals and coupons, depending on the shopper’s preferences and behaviors.

As a side experiment, we at HIVERY are also doing interesting things with recommender systems and augment reality. Working with major retailer, we are experimenting with ways to present our planogram recommendations allowing both the sales representative and store owner the opportunity to see our recommendations live!

Check out this 48 second video…

Share
Latest Content
Blog
How AI-Driven Assortment Simulation Will Change Assortment Planning
Blog
Data Has a Better Idea™ - Learn why and how machine learning can discover new ideas with your data
Blog
A five (5) min guide that will walk you through what you need to know about assortment, simulation, optimization & AI